Climate is important. In how many and what ways it is important may be a subject of debate; however, there is no question that climate is an essential part of human existence on the earth. And therefore, we have been seeing various types of reflection of climate and aspects related to climate and climate change in literature from time to time. Today, I will try to explore a few examples from the literature that concerns with climate and problems related to climate change. I will also try to bring focus on Indian literature. So, let’s get this thing started and bring it to a suggestive conclusion. 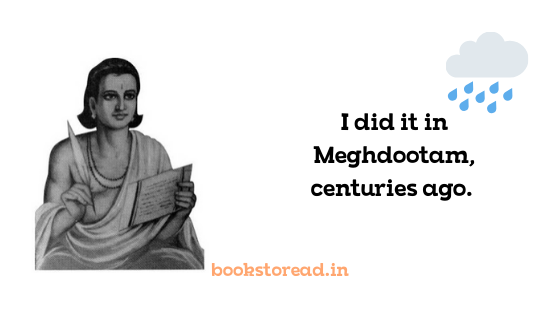 How many of you remember the works by Shakespeare – the marvels of playwriting? If you are one of the ardent readers of Shakespearean plays, you must remember the forest of Arden from his play, a romantic comedy and a much worthier one, As you Like It. In that drama by him, Shakespeare tries to, suggestively, compare the life in a city to the life in the lap of nature. And he, perhaps knowingly or just randomly, tries to qualify that life in a forest or in the lap of nature is way better because there, there are too many instances that can teach you many lessons of life compared the life in a palace where you only conspire to bring someone down. Isn’t that true?

In Indian literature, Ramayan is an epic that is mostly describing the life of Lord Ram in various forests in India during his 14-years Vanvas. And during his stay in the jungle, along with his wife Sita and brother Lakshmana, Ram did so many things to make the forests secures, better and wonderful. The life in the forests was described as one which should be coveted. However, with time, things changed and literature entered the cities and we learnt about electricity, concrete houses, buildings, offices, corporate tantrums and so on… these things changed not only the lives of people at large but also the balance between human life and nature and eventually ended up affecting our climate badly.

Thames of Spenser flew flawlessly and the Thames of T. S. Eliot was dull and burdened and dirty. The majestic river that ‘floated on’ for Matthew Arnold became sordid when we arrived in the 21st-century and further… In short, we have begun exploiting nature and it had its repercussions as well. Amitav Ghosh, the Indian novelist, has been constantly writing about such confusions about climate and hazards of climate change in his novels like The Hungry Tide. His novels often record the effects of our actions against natural resources like Ocean, forests and animal life. Literature has been showing the mirror to us for long. When we did well with nature, it appreciated our actions and there was a harmony in the relationship between man and nature. We celebrated that in the works like Meghdutam by Kalidasa and The Prelude by Wordsworth. However, when we lost that sweet connection with nature and started to act against it, we invited the wrath that T. S. Eliot captures wonderfully in his work The Waste Land.

Therefore, climate change and climate’s pleasant presence in our lives have been present in our literature for long, perhaps right from the beginning when the concept of literature itself dawned. It has been changing dynamically as we change our course of actions.