In these days, the markets are filled with writers and authors. whenever our eyes go we can find different kinds of books lying here and there. However, very few of them, among the authors, end up becoming a well-known literary personality. Most of them come, write and decay in the oblivion. Writing is an important gift to anyone and they must use it for the benefit of society and no doubt for their personal gains. However, there must be a dignity that should be maintained and that only will bring special recognition to any author. Otherwise, there are many books and many authors and just that… 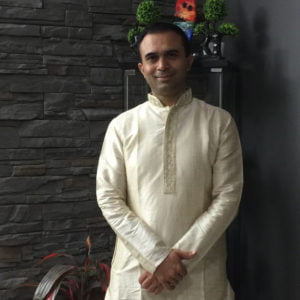 We are introducing an author who has made a name for himself just after the publication of his very debut work and that is Greed Lust Addiction. Author of this novel, Ravi Dabral, comes with a different style of writing and very different content. Ravi Darbal is a name that you will listen a lot about him in the future. He is not an author who focuses on providing an ephemeral sensation or temporary entertainment. He rather tries to present to the readers something that will give everlasting joy – a scenario that looks forward. His writing is mainly an abstract treatment of the harsh realities of life that may sound not good but you are very well aware of these. His writings are basically taking a stance about the qualities that can make someone a good person.

Ravi Dabral is an international business personality currently in Singapore. He was born and brought up in Uttarakhand and there only he came to know about the perspectives on spiritualism. Academically, he is a well-learned personality having more than twenty professional degrees. He is a man of letters and inclines towards yoga and spiritualism. He is well-versed and composed personality when it comes to living life practically. His personal life can be easily found in his writings as well.

Coming to his writings, Ravi Dabral’s writings are mostly based on experiences that he earned over time. His time researching on the lifestyle and mysteries of Yogis and Sadhus in the Himalayas and other parts of India and his time as a successful businessman, both the reflections can be felt by his readers very easily on his novel. His language is simple and thus, the narrative is also very simplified. This is something that puts Ravi Dabral in a fix in the hands of some book reviewers in India. Many critics believe that a grand theme such as spiritualism vs materialism, as Ravi has used in his debut fiction, needs to be treated fairly with a language that is standard and polished. However, there are different opinions on that – shouldn’t a grand theme as many readers as it can?

He has written two major books ”Greed Lust Addiction” and “Secrets of a Healthy Wealthy and Happy Life”. Both books set an example of living life happily. Where the first one establishes a norm about materialism and spiritualism and second one tries to create an environment where we can allow our mind to find the inner solace. His ideas are unified with the classic Indian spiritualism and propagate an ideal way to sustain our life in the path of righteousness.

You can learn more about Ravi Dabral by visiting his official website: Ravi Dabral – Author